The Chamber’s board of directors established a Legislative Leadership Awards program to support the organization’s strategic goal: ‘to drive great leadership in Illinois.’ Through this program, the Chamber applies both quantitative and qualitative research and data collection to score and identify the state’s top legislative leaders. These individuals are then highlighted as great role models for other legislators.

Through this process the Chamber selects those legislators who: 1) demonstrate efforts to become knowledgeable about key legislation affecting businesses; 2) use that knowledge, combined with strong leadership skills, to move others toward resolution on an issue or bill affecting businesses; and/or 3) cross the aisle to work with the other party to solve problems, perhaps standing up to partisan pressure to get an important issue or bill resolved.

In 2016, the Chamber recognized Senator Karen McConnaughay for her exceptional work and leadership in the General Assembly. She received the highest legislative leadership score in the state legislature. We hope other legislators will be inspired, influenced and motivated by this model legislative leader. 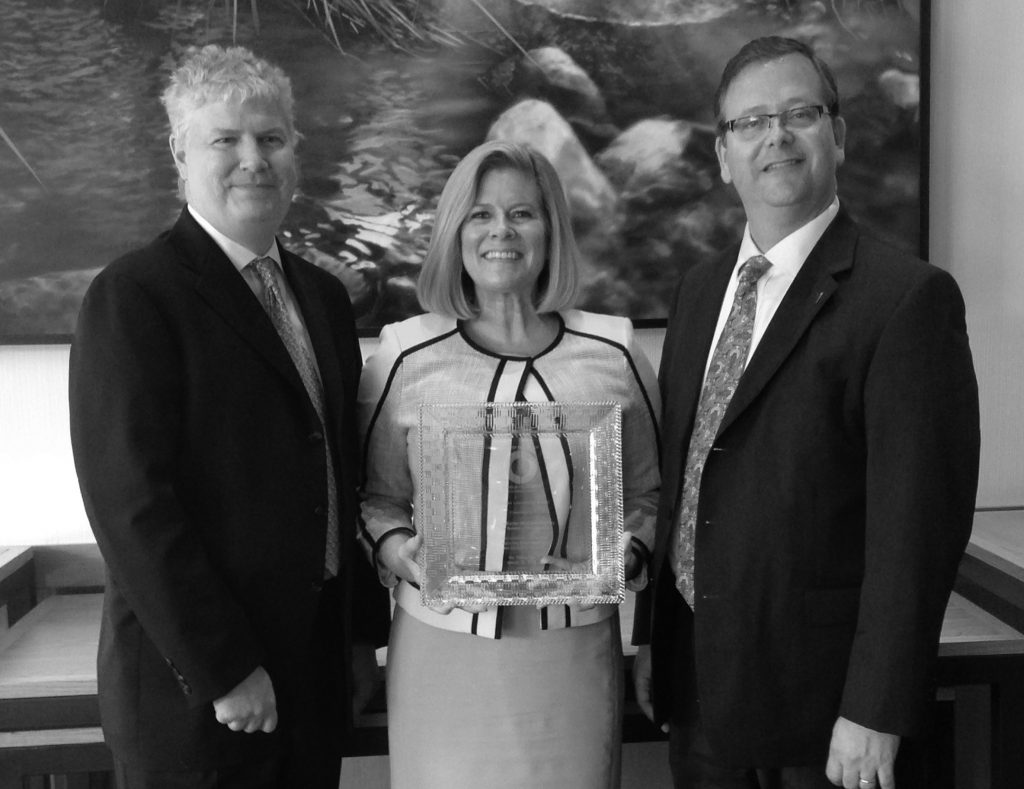 Senator Karen McConnaughay is known among business and citizen advocacy groups as a “true leader” who works well with all individuals and across the aisle to get critical work done on behalf of the state. While she lives and acts to carry out her party’s primary goal – to encourage job growth by developing an efficient, transparent, ethical state government with less regulation and lower taxes – she does this while working in positive and productive ways to build trust and camaraderie with others with differing views – always with the goal in mind of solving our state’s toughest challenges.