The Inland Real Estate Group of Companies, Inc. Honored by the City of Chicago for 50th Anniversary

Over the last two years, the Village of Oak Brook has been researching and preparing an important update to its 2007 Commercial Areas Revitalization Plan.

Tonight, the Village Board will meet as a Committee of the Whole to discuss the village’s draft 2018 Commercial Areas Revitalization Plan and allow for public input.

Work on the 2018 plan has been a collaborative and transparent process led by Oak Brook’s elected officials; professional staff; Houseal Lavigne, a highly regarded professional consulting firm specializing in all aspects of community planning, urban design, and economic development; and a fifteen (15) member volunteer Community Enhancement Committee comprised of Oakbrook Center’s General Manager, the Chairperson of the Plan Commission, the Chairperson of the Zoning Board of Appeals, the CEO of the Greater Oak Brook Chamber of Commerce, and the following “at-large” members: four (4) local business executives, one (1) homeowner association president, five (5) Village residents, and one (1) hotel general manager.

Chamber staff will attend tonight’s meeting to express support for the draft 2018 Commercial Areas Revitalization Plan and to thank the many individuals who contributed time, energy and expertise to the planning process.

Please consider sending a short email to Oak Brook Village President Gopal Lalmalani and the Village Board to express your support of the draft 2018 Commercial Areas Revitalization Plan and to thank the Board for their efforts to keep Oak Brook’s commercial areas vibrant. Emails can be sent to [email protected]

NAI Hiffman is pleased to announce the promotion of Adam Johnson, David Haigh, SIOR, and Jason Wurtz from Senior Vice President to Executive Vice President; the three have also been named as the newest shareholders of the firm. 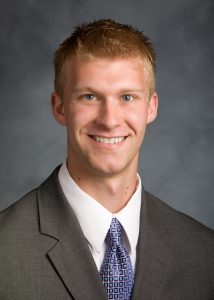 Joining the firm in 2008, Adam Johnson has primarily focused his efforts in the I-88 and I-55 Corridor submarkets selling and leasing office space. He began his career in the industry with Real Estate Consultants, but quickly seized a major opportunity for growth at NAI Hiffman. Primarily representing property owners, Johnson has made a name for himself with over 350 transactions totaling nearly 3 million square feet, while representing trusted clients such as UBS, Wintrust, MedProperties, and Prologis.

“Adam’s success is rooted not only in his dedication and perseverance in growing his business, but he has also embraced resources and opportunities available at NAI Hiffman, creating many relationships which he has developed over the last 10 years” expressed Michael Flynn, COO at NAI Hiffman. 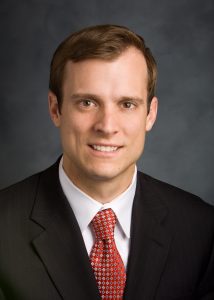 David Haigh started his career in commercial real estate 13 years ago when he joined NAI Hiffman’s Industrial Services group. His main focus is on warehousing and manufacturing properties in DuPage County and the western suburbs of Chicago. Haigh’s real estate career boasts significant redevelopment construction projects in Central DuPage, rivaled by few. His clients include HARIBO, Turano Bakery, The Pampered Chef, NNR Global Logistics, and many others.

Prior to beginning his real estate career in 2005, Haigh was an enlisted member of the Illinois Army National Guard, and, in 2003, as a member of the 933rd Military Police Co, he was deployed to Iraq where he was stationed for over a year. For this time in the armed services, Haigh received the honorable Army Commendation Medal and the Global War on Terror Expeditionary Medal. NAI Hiffman CEO David Petersen, a veteran himself, holds much respect for Haigh: “David has brought a very focused, technical approach to his work at NAI Hiffman, perhaps based upon his military background. His relentless pursuit of the details has served him well, insuring his clients secure the best terms, with no surprises.” 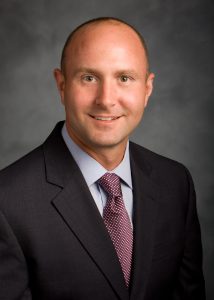 Jason Wurtz has been with NAI Hiffman since the debut of his real estate career in 2006. Working in Chicago’s north and northwest submarkets, Wurtz mainly represents office property owners such as RMR Group, KBS, CBRE Global Investors, Bentall Kennedy and Guardian Life Insurance. According to David Petersen, CEO of NAI Hiffman, “Jason reflects all the key components we value at the firm – integrity, a client-first mentality, diligent pursuit of superior solutions and teamwork. From his first day at firm, it was apparent that Jason would be a leader for the firm and our clients.”

With Wurtz’s talents in commercial real estate, he has made more than a few significant transactions with global organizations. These include firms such as Corelle Brands (formerly known as World Kitchen), AbbVie, AT&T, Abbott U.S., and many others, totaling over 3.5 million square feet, confirming that Wurtz is well deserving of this promotion.