There will be a little more magic during the 35th anniversary season of Oak Brook Park District’s Outdoor Summer Concerts in Central Park. Drury Lane has signed on as the title sponsor of the 5-week series which is bringing back Oak Brook favorites such as the Rhythm Rockets and Metro Star Orchestra.

“Drury Lane has been a major force in Chicagoland cultural arts and theatre for more than 60 years,” said Kristina Crunk, corporate and community relations for Oak Brook Park District. “They are a perfect partner for Concerts in the Central Park and we are so thankful for their support.”

At each concert performance, music lovers will have the opportunity to win tickets to the Drury Lane 2017-2018 theatrical season which includes award winning performances of “The Gin Game,” “Rock of Ages,” and “42nd Street.” 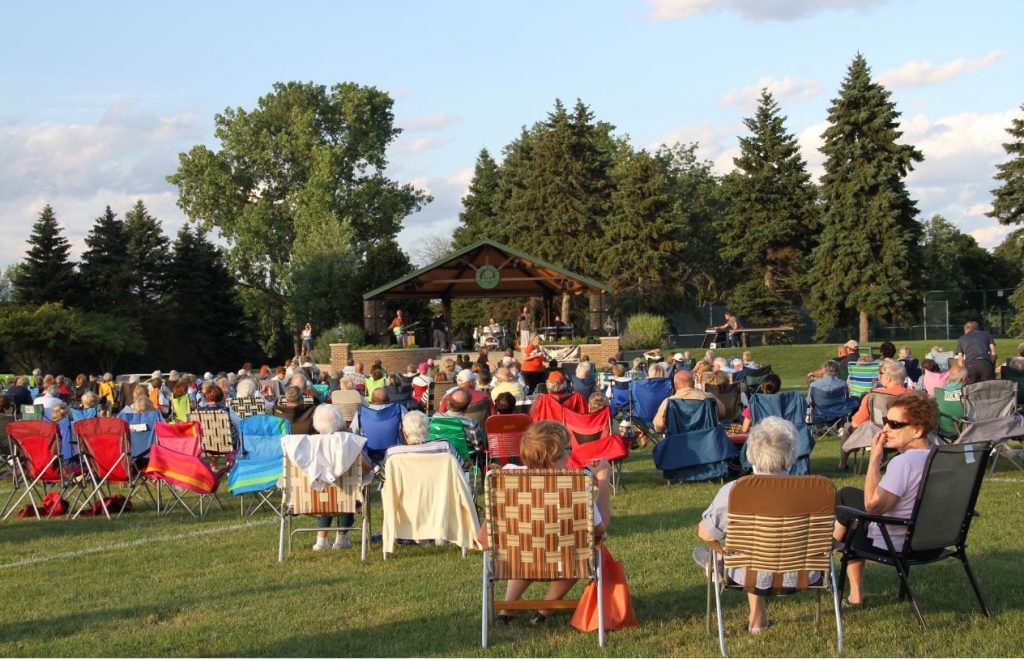 “When Kristina asked us to sponsor the concert series, we jumped at the opportunity. Music is the heart of what we do at Drury Lane and we are excited to support it in our community,” said Michelle Higgins, director of marketing at Drury Lane.

The outdoor concerts start at 7pm at the Central Park Pavilion beginning Thursday, June 29. In case of inclement weather, the shows will be moved to the Family Recreation Center, 1450 Forest Gate Road. Concert goers may bring outside food and beverages to the shows, but the park district has arranged for Chase Events and Cuvee Cellars Wine Shop and Wine Bar to provide affordable options for food, beverages, and wine onsite.